Discover our villas
Home »
The magazine »
Itacaré, the Brazilian delight of the Bahia coast

Itacaré, the Brazilian delight of the Bahia coast 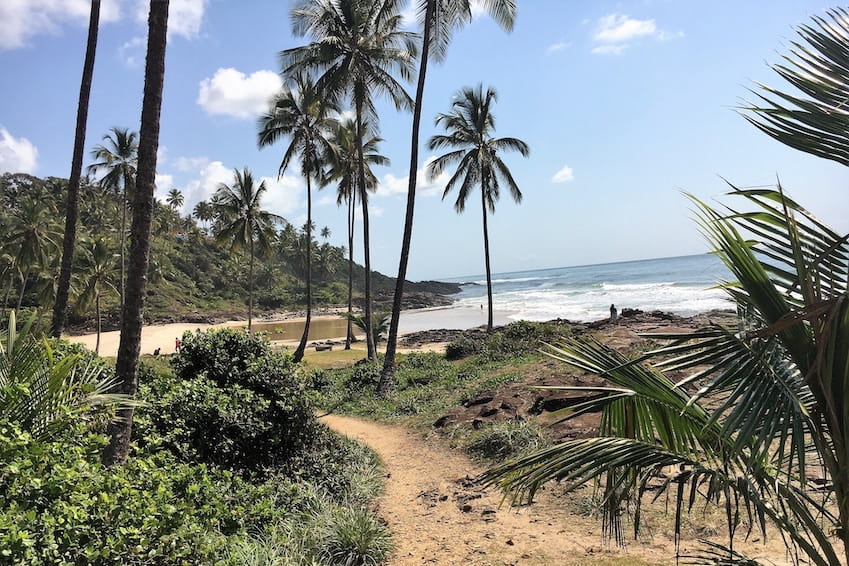 On the Atlantic coast of Bahia State, Brazil, under the Bay of All Saints, the city of Itacaré opens majestically onto the magnificent estuary of the Rio das Contas, which originates in the Chapada Diamantina. All these names make you dream and there is reason to do so! There is nothing sweeter than a stay under the coconut trees of Itacaré, on the edge of its beautiful white sandy beaches with green waters, in an exuberant nature: that of the Mata Atlântica (Atlantic tropical forest). We take you without further delay to this earthly paradise where you can try your hand at another way of life.

>>> Our luxury villas in Itacaré 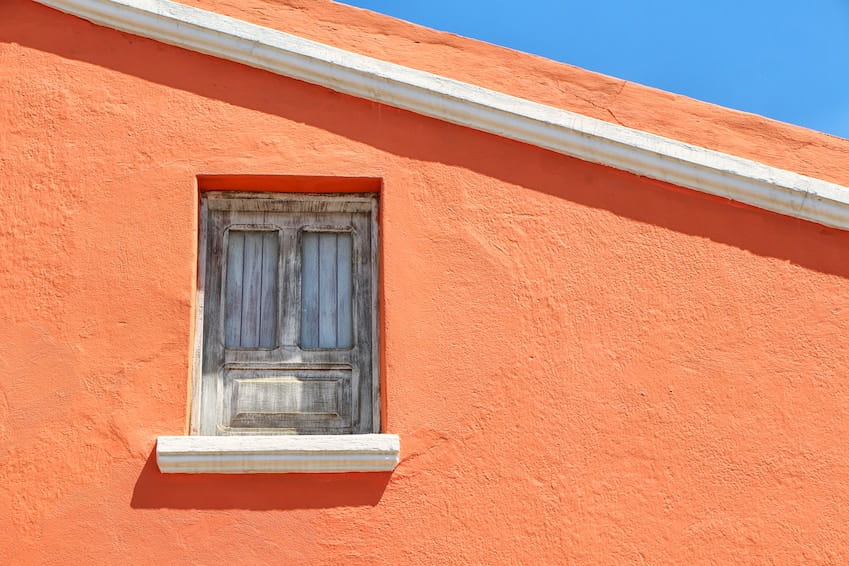 History and culture of Itacaré

Itacaré was founded under the name of São Jorge d'Ilhéus in 1532, by Portuguese settlers. Originally used as a hideout for Dutch and Portuguese pirates, the city later became an important port for the cocoa and whaling trade. The current naming of Itacaré dates back only to 1931.

In the 1980s, a plague struck the city: the witch broom disease that attacked local plantations. Itacaré then took advantage of this misfortune to revive its economy with tourism, which soon became the main source of income. Today, the city remains a popular destination due to the exceptional tropical setting of Itacaré. Visitors also come to discover Bahia's traditions and local culture. Capoeira holds a special place there (as well as its carnival and its rich gastronomy). There are 3 capoeira groups in Itacaré: Tribo Unida, Filhos de Zumbi and Tribo do Porto, all of whom practice this Afro-Brazilian martial art on a daily basis, with local characteristics. Their training sessions are open to all visitors and courses are offered.

A tradition in Itacaré is that everyone dresses in white on Fridays, respecting Oxalá, which, in the syncretism of religions, represents Jesus Christ. This tradition is respected by all, regardless of ethnic or class differences. A local cult, called Candomblé, has been practiced since the first slaves of the colonial era and pays tribute to the Orixás, considered to be the spirits of nature and the 4 elements: water, earth, fire and air. Each Orixás has a figure of the Catholic Church, a colour, a day of the week, etc. For example, Monday is Exú Day, a messenger between humans and Orixás: everyone dresses in red. Tuesday is the day of Ogum, which "opens the paths" (corresponds to Saint Anthony): the associated colour is dark blue. On Tuesday, take out your green and yellow clothes for Oxumaré. Wednesday is for Obá Sainte Joan of Arc: dress in red and white. We hope you have a colorful wardrobe!

In any case, you will really appreciate the friendly atmosphere of Itacaré, its festive and hospitable character. In the evening, you will enjoy dancing to the rhythms of forró (typical regional music), reggae, hip hop and national rock, sipping Bahia's delicious cocktails.

Also enjoy the traditional Bahia region's delicious dishes such as bobo de camarão, made with shrimp and manioc purée, served in rice and an excellent sauce made with coconut milk, onions, tomatoes and garlic.... a pure delight! There are many other dishes such as feijoada baiana (red beans and meat pieces and many herbs), vatapa (bread, peanuts, coconut milk and small shrimps) or acarajés to serve as an aperitif (bean, onion and garlic balls fried and stuffed with a vegetable julienne). 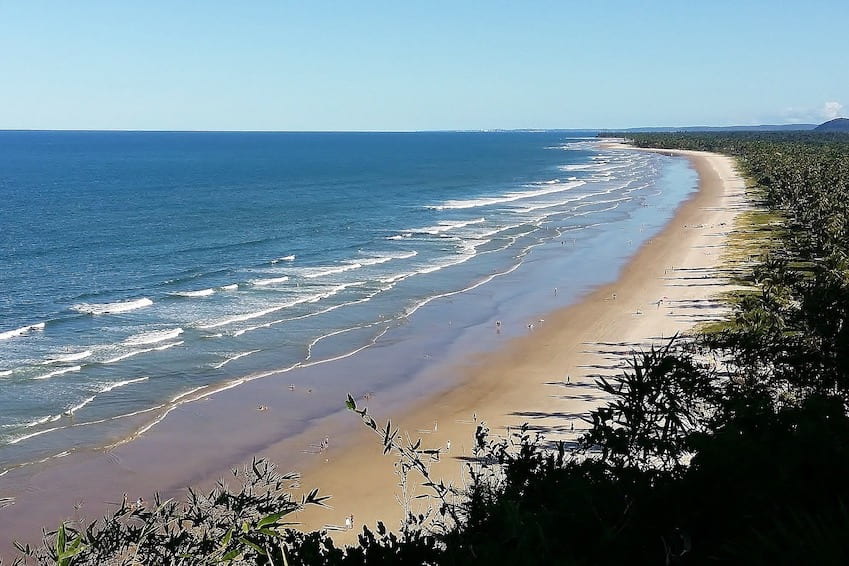 An exceptional nature to rejuvenate you.

Obviously, one of the main reasons for your visit is the wonderful surrounding nature. On Brazil's Atlantic coast, you are walking on fertile soil a stone's throw from rocky cliffs, in a corner of paradise where the country's largest tropical forest meets the sea. The sunny climate is unbeatablely mild and the nights are quite cool.

It is the ideal destination for ecotourism and your favourite activities: diving, rafting, canoeing, kayaking and surfing! Itacaré hosts a very famous international spot that regularly hosts the "Itacaré Surf Music Festival".  The incomparable beaches invite you to relax. Which one will you choose? Coroinha, Concha, Jeribucacu, Resende, Tiririca, Costa, Ribeira, Siriaco? The list is long and there are many magnificent expanses and beautiful coves to be found... 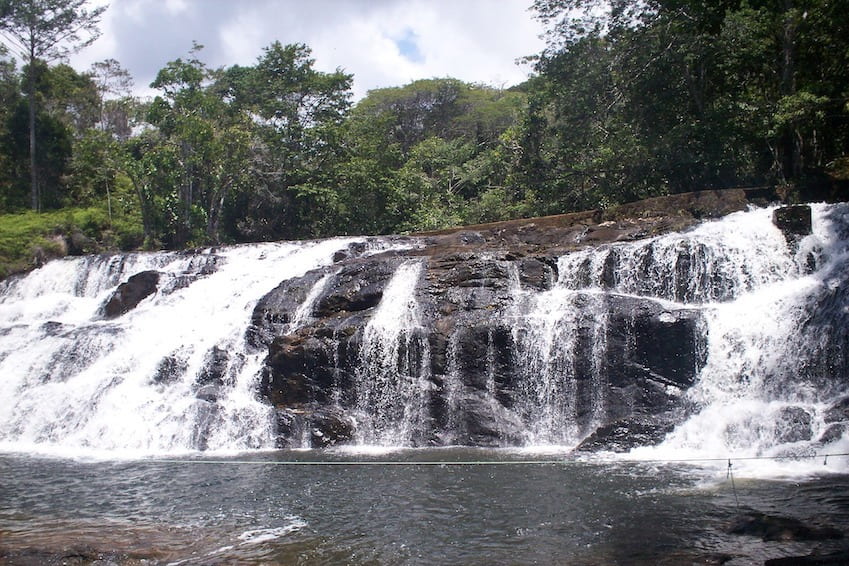 If you like hiking, you have come to the right place because there is plenty to do! The tropical forest opens its arms to you and beautiful waterfalls are waiting to be discovered, including those of Tijuipe, Cachoeira da Usina, Nore and Cachoeira Bom Sossego.

One thing is certain, you will soon feel at home in this beautiful city of 20,000 inhabitants. Don't forget that a little further north of Itacaré, there is the splendid Maraú peninsula to discover!

>>> Our superb villas in Maraú 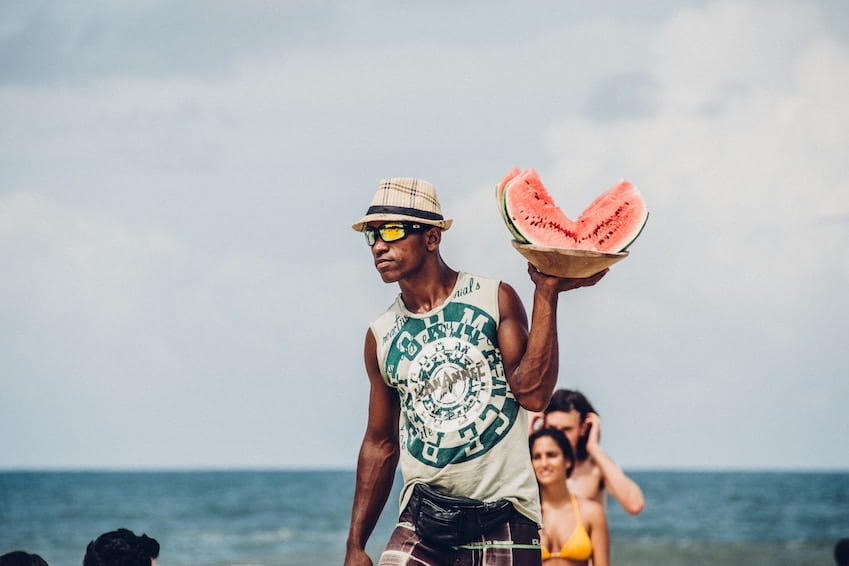 We wish you a great holiday in Bahia!

>>> All our luxury villas in Bahia

>>> Our magnificent villas in Brazil