Rent a luxury villa in Tanzania 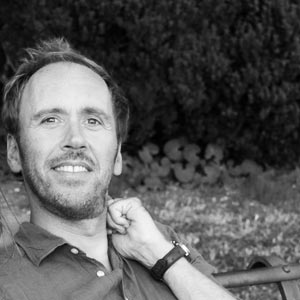 Better known for its fauna, Tanzania presents however a surprising and varied flora according to the altitudes of the crossed regions. If you venture into the low reliefs of the country, you will mainly see the wild savannah bush. The central plateau is the refuge of a multitude of magnificent and unusual trees. Among them, parasol acacias, baobabs, sausage trees, euphorbias, as well as wild figs. Also in the area are many fruit trees such as mango and papaya. Strolling through Tanzania's nature is a staggering experience, where you are surrounded by massive lush trees.
In grassland areas, vegetation is more floral. It is common here to come across more than 45 species of orchids when out in nature.
If you get closer to the mountains, we guarantee you an absolute change of scenery. You will see more bushy trees, visible creepers from one tree to another, not to mention African violets. Finally, on the Tanzanian coast, the beach will appear as a paradise thanks to the three palm species: the doum palm tree, the date palm tree and the famous coconut tree. There is something for every taste!

Like a trip into space, a safari in Tanzania's savannah is an entry into another dimension, an unforgettable trip into the animal world. If the flora of the African country is impressive, the wildlife is so spectacular that it is confusing. Imagine finding yourself amongst the wildest animals in the world, all free, like elephants, rhinos, wildebeest, monkeys, antelopes, lions, cheetahs, giraffes, buffaloes, gazelles, flamingos...It's an unrivaled experience where you will feel so small in the midst of such a wild nature.
The vast national parks are numerous in Tanzania, giving an impression of infinite space. These lands belong fully to the animals that are born, live, grow and reproduce, in a kingdom where the man is only a passing visitor.

In the midst of this breathtaking flora and fauna, one would forget about the fascinating culture of Tanzania. Indeed, the country is significantly influenced by the Swahili culture of Zanzibar. The whole territory preserves the traces of Arab presences and ancient settlements giving rise to a culture and surprising traditions. Counting more than a hundred ethnic groups scattered in the four corners of the country, various influences are found in several cultural surroundings, such as the architecture and textiles, but also the religion where a cohabitation was born within a Muslim, Christian and animist population. We promise you a huge cultural mosaic where dance, music and grandiose architectural monuments create a sublime mix.

Rent a luxury villa in Tanzania

If its diversified flora, its hectic fauna and its cultural wealth have convinced you, the luxury villas sheltered by Tanzania will delight you more! In the midst of its lush flora and fauna, you will enjoy tailor-made facilities, a private swimming pool, direct access to a white sand beach, and a dedicated house staff who will provide you with a tailor-made service. The perfect holiday for those in search of relaxation and tranquility!

What is the price of a villa rental in the destination Tanzania?

VILLANOVO offers 1 villas in the destination Tanzania with prices ranging from 909 € to 909 € overnight. These rates include travel tips, accompaniment throughout the stay and other options included with the rental of the villa.