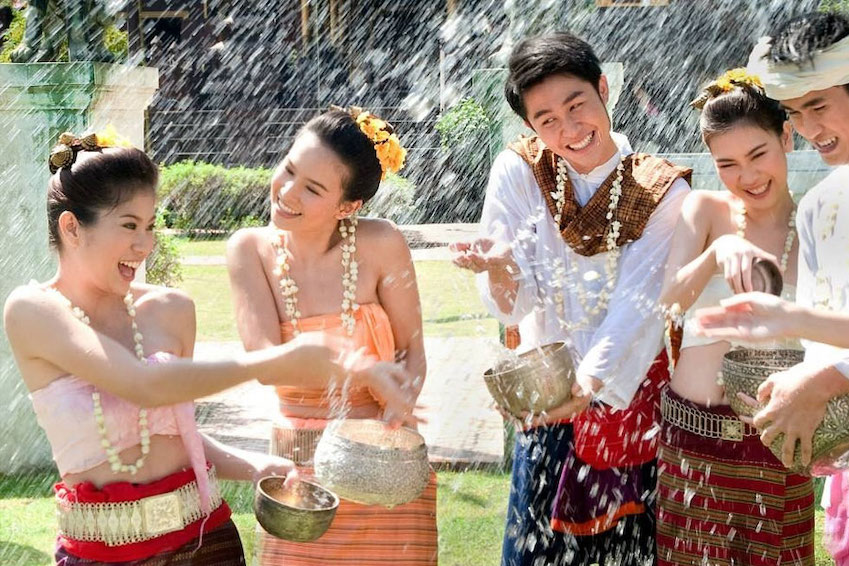 If you visit Thailand in April you will undoubtedly find yourself exposed to very high temperatures, in fact April is considered the hottest month of the year. But fear not, you can cool yourself off at the world’s largest water gun fight during the vibrant Songkran festival. The Songkran festival, also known as the Buddhist New Year is Thailand’s most famous event. It takes place in April, from the 13th to the 15th.

The name Songkran comes from the sanskrit word meaning ‘passing’ or ‘approaching’. The water is meant to wash off people’s bad luck and sins. The holiday is supposed to signify a fresh beginning and well wishes. It is no coincidence that the holiday takes place during the shifting of the sun from Pisces to Aries, beginning a new astrological year. 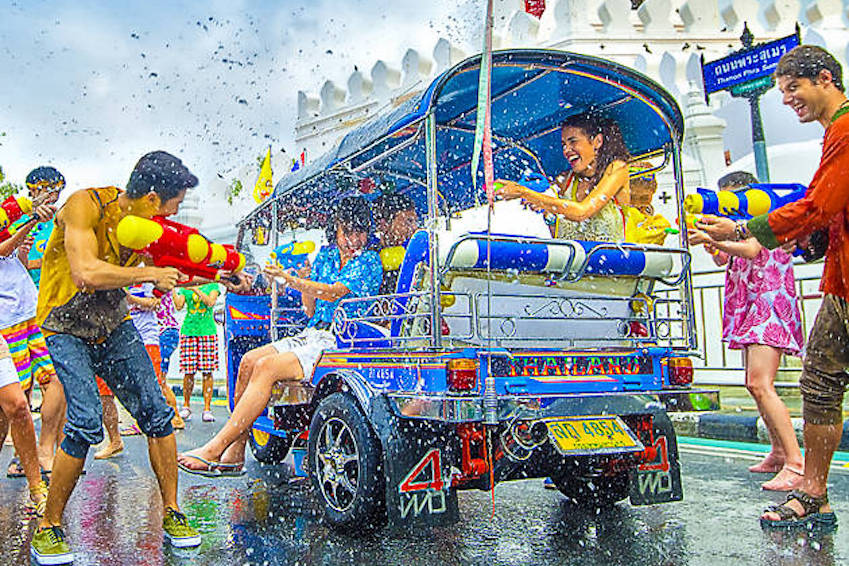 The origins derive from the ancient Indian Festival of Makar Sankranti, which marks the arrival of Spring and occurs in January. The Hindu legend states that there was once a man named Dhammaban who was so intelligent that he was even capable of understanding the language of birds. One day the Hindu God Brahma came down to test Dhammaban’s intelligence and asked him, “Where is the glory of a man in the morning, afternoon and evening?” Dhammaban was very determined to answer the question, probably because Brahma threatened that he would cut off his head if he didn’t do so. One day Dhammaban walked by a tree and found two birds nesting in it. The female bird told the male bird about the bet that Brahma had made with Dhammaban. The male bird knew the answer and told it to the female bird, and fortunately Dhammaban overheard the whole conversation. The answer was the following, “in the morning, the glory of man is on his face because a man must wash his face every morning. In the afternoon, the glory of man is on his body since one must bathe. In the evening, the glory of man is on his feet because a man must wash his feet before going to bed.” Essentially it meant that one must wash away all the dirt away to bring the glory back.

Thus Songkran, which borrowed much from this holiday, is celebrated as the day when people wash images of Buddha, bathe elders and other revered members of society. Over the years the tradition evolved from splashing water at family and friends to having a full-blown water fight, on the main streets on Bangkok, Chiang Mai and Phuket. And with temperatures reaching as high as 40 °C, is it no surprise that people use the holiday as a way to escape the heat. The fun includes hoses, water balloons, water guns, buckets and even pickup trucks armed with huge water barrels. 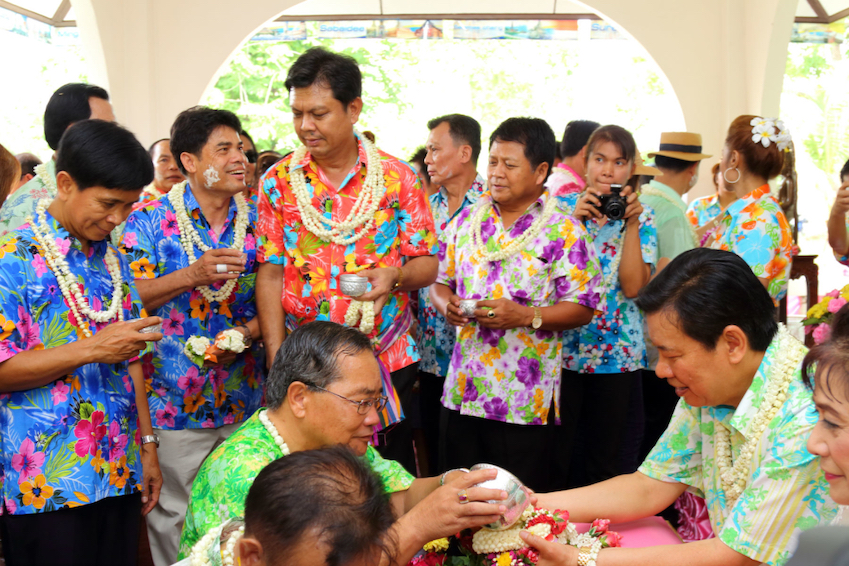 During this holiday, many people return to their hometowns to celebrate with their family and friends, meaning a huge exodus takes places from all of Thailand’s major cities. The first day of the holiday, April 13th, is both Grand Songkran Day and National Elderly Day with thais paying respect to their elders and taking part in the Rod Nam Dum Hua ritual, which involves pouring rose and jasmine scented water into the palms or feet of parents and wise elders as a sign of humility and to ask for their blessings. The 14th is considered Thailand’s National Family Day. Families get out of bed and give alms to monks before spending the day together. Many thais will take part in a ritual of bathing the Buddha at home and at the temple. Celebrated on April 15th, Thailand’s New Year’s Day is the final day of Songkran celebrations. Offerings are left at temples on this day to ring in the new year, with  a variety of events taking place around the country.

Songkran is a hugely important holiday to Thai people, but it is also very popular to see tourists and visitors joining in. In fact, many people plan their holidays around this special event. If you find yourself in Thailand during this time of year you are guaranteed to end up soaked while having lots of fun in the process!