Discover our villas
Home »
The magazine »
Escapade to Lanzarote: a volcanic island with an extraterrestrial setting

Escapade to Lanzarote: a volcanic island with an extraterrestrial setting 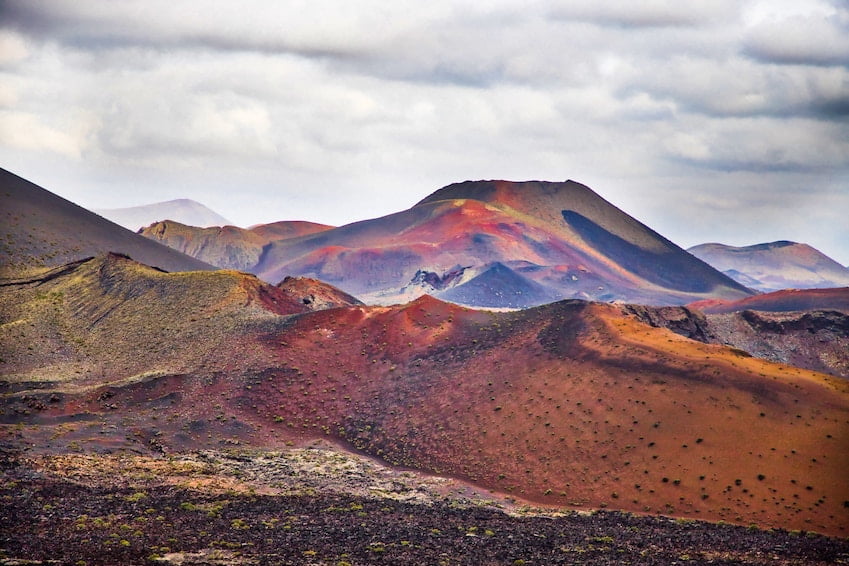 It is one of the seven Canary Islands and yet, the scenery of Lanzarote is so unusual and fabulous that you would think you were parachuting onto another planet. Over a length of 60 km and a width of 25 km, this island offers us a wide range of breathtaking landscapes that UNESCO has chosen to recognize and protect as a biosphere reserve. Let's discover together some of the wonders of this wonderful Spanish volcanic land, nestled somewhere in the Atlantic Ocean off the Moroccan coast.

>>> Our luxury villas in Lanzarote 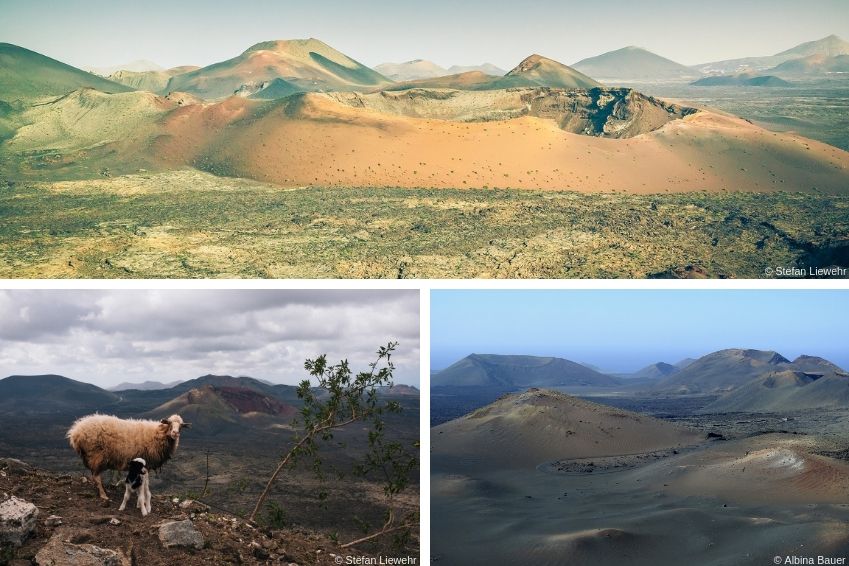 Timanfaya National Park is THE must-see on the island of Lanzarote. Heading south of the island, we invite you to get lost in a huge lava field, at the foot of huge volcanic mountains to experience a feeling you have never experienced before. It will seem as if you are neither on Earth nor even on the Moon, but on a completely different planet in the universe, charged with a certain sadness but strikingly beautiful! There are no words to describe such an experience! The only thing to do is to go there yourself to feel these ineffable emotions while walking around Montana Colorada, Montana Cuervo, Los Rodeos and the surrounding rocks. The reliefs, the colours and the desert vastness... all this makes you want to listen to a Pink Floyd song (especially Wish You Were Here's album) and ask yourself some existential questions! 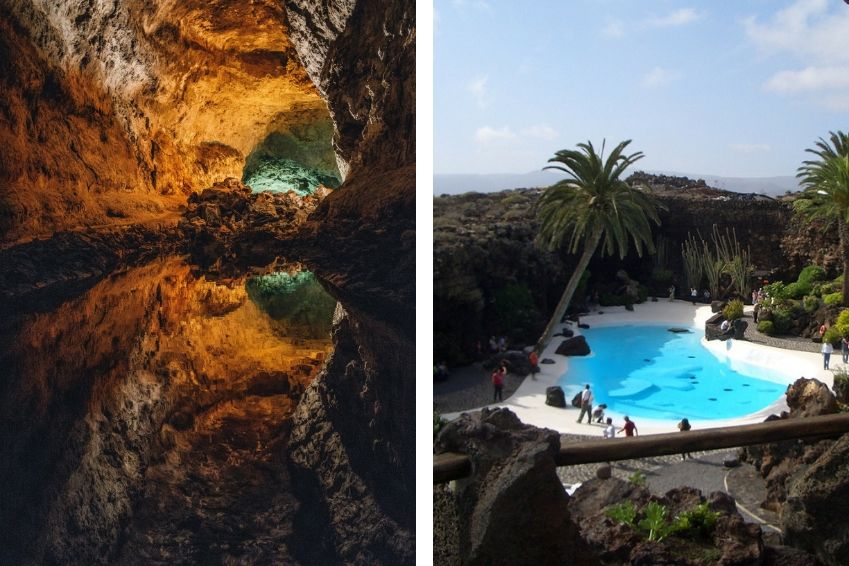 The underwater and underground splendours of Lanzarote

In Lanzarote, one marvels at all things, even in the depths of the Earth and the sea. Guess where the longest underwater volcanic tunnel known to date is located? In Lanzarote! It is the Atlantis Tunnel, a 1.6 km long lava tunnel (formed by very old eruptions). It is a magical place, in which a new species of crustaceans has even recently been discovered: Speleonectes atlantida.

At the entrance to this long tunnel, César Manrique, the island's emblematic figure, has set up a tourist centre: "Jameo Grande" and "Jameo Chico", where visitors can observe the underground caves for several hundred metres after descending a first spiral staircase. Magic takes place when rays of sunlight come to interfere in the crystalline waters of the cave. If you are interested in the attraction, meet us for a few hours on the road between Órzola and Punta de Mujeres.

In the same vein, there is the splendid Cueva de los Verdes, also created by an underground lava river, full of legends and bursting with beauty. This hidden treasure also served as a refuge in the 16th and 17th centuries, when the locals wanted to protect themselves from attacks from pirates from North Africa. Then this natural volcanic sanctuary became an attraction for all the curious. You can admire wonderful rocks in a colourful show with shades of ochre, grey, red and black. 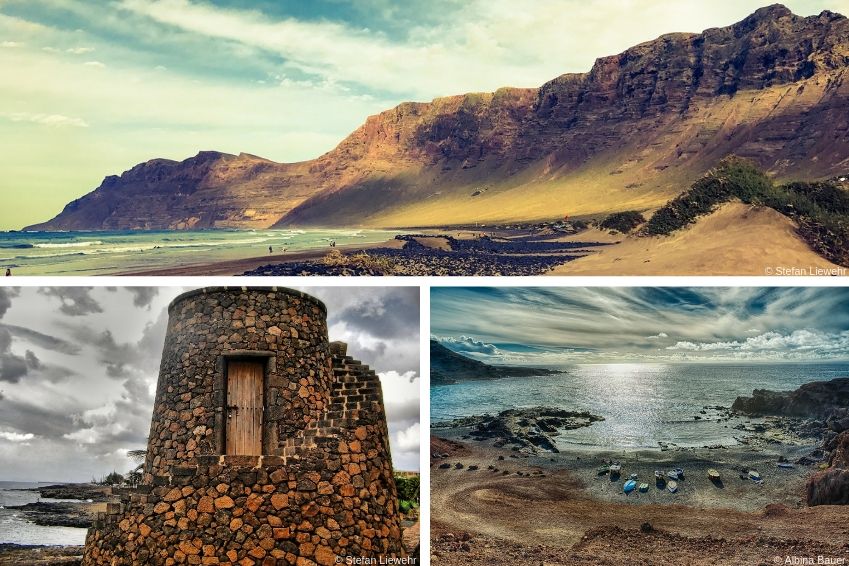 Sooner or later, when you are on an island, you go to the coast to enjoy the sea. The one in Lanzarote is magnificently calm and pleasant. In a wonderful climate all year round, you can enjoy the superb beaches.

On the west coast of Playa Blanca, Papagayo beach is undoubtedly one of the best on the island, set in a small creek sheltered from the wind. We enjoy its pleasant golden sand which extends over 120 m long, as well as its clear water, in which everyone loves to dive to admire its crystalline aspect. But for those who are looking for the thrill of surfing, then you should go to Orzola, Arrieta for beginners, La Santa and El Quemao for the experts. For these last 2 spots, you really have to be in good physical condition to face the waves!

There is also the Mirador del Río, an exceptional view of the north of Lanzarote and the island of La Graciosa. It is the ideal place to spend a romantic moment in front of the beauty of the landscape. Remember to take some pictures!

Marina Rubicón also offers a beautiful, more lively walk, during which you can stop on the pretty watchtower of Castillo de las Coloradas, built between 1741 and 1744 in order to watch the horizon in anticipation of the arrival of pirate ships. 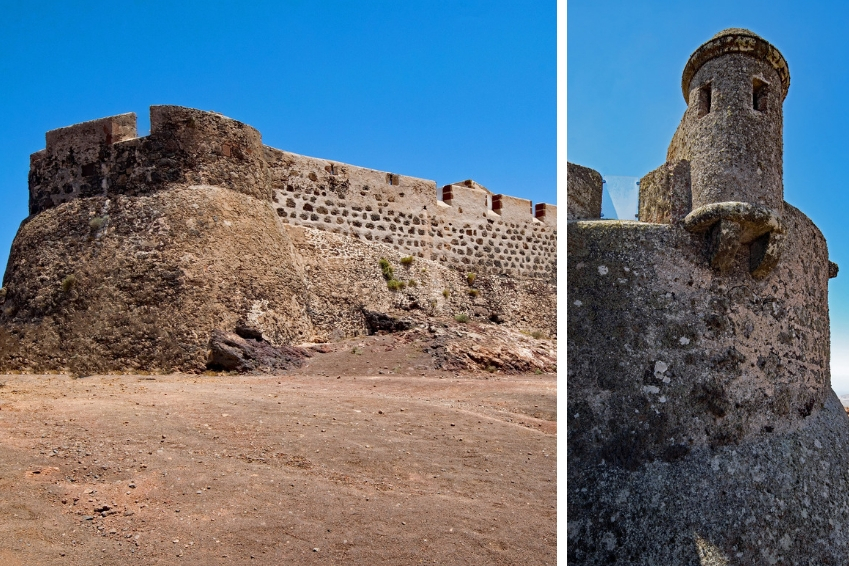 If you like old stones and historic buildings, then you must absolutely visit the Castillo de Santa Barbara, built in the 16th century on the peak of Guanapay, in Teguise. It is THE oldest castle in the Canary Islands! It fascinates visitors of all ages and gives access to an excellent panorama from its heights! We invite you to visit it and introduce your children to the pirate museum within it. 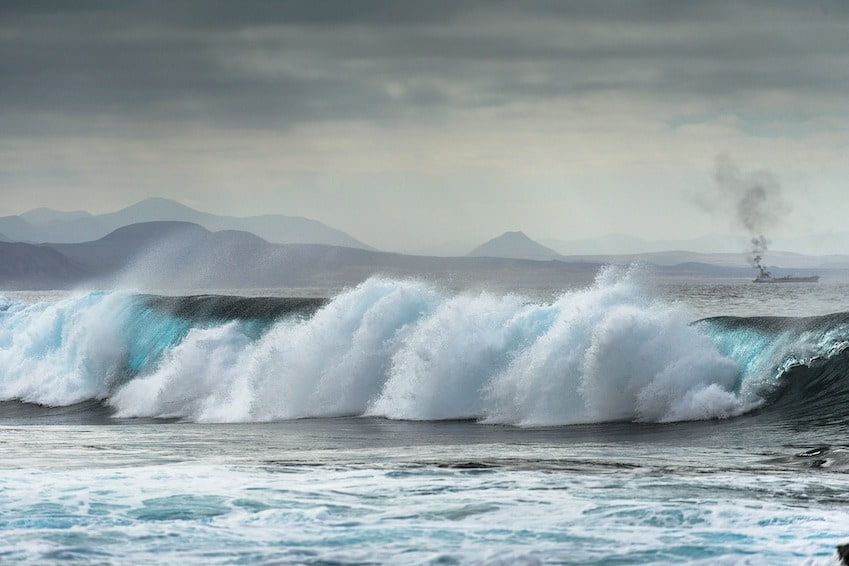 Enjoy your stay in Lanzarote and the Canaries!

>>> All our superb luxury villas in the Canary Islands