The most beautiful islands of the Cyclades 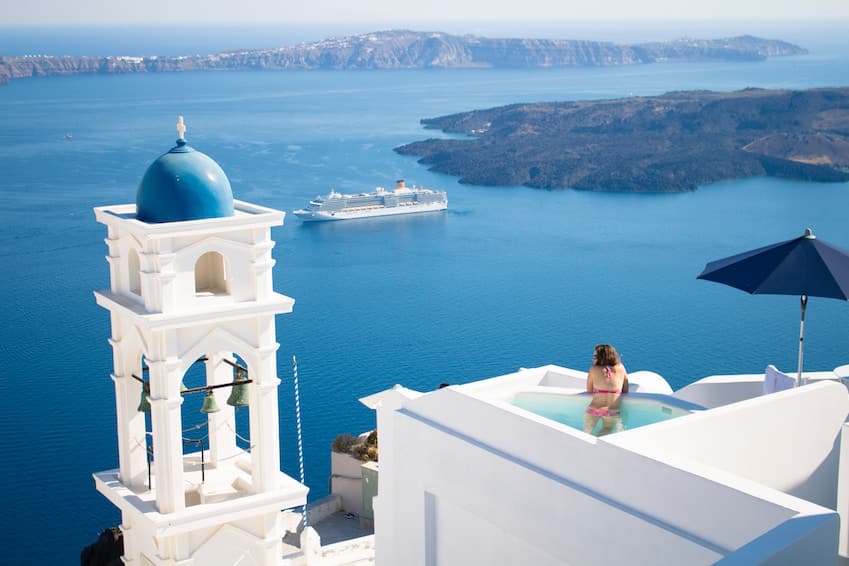 The Cyclades islands, where dream landscapes, history and relaxation meet.

This archipelago of 250 islands, some of which are not even inhabited, is the ultimate tourist destination. Its name comes from the circular shape of the archipelago, cyclos in Greek.

Explore this destination by visiting 4 of the most beautiful islands in the archipelago. Renowned for their myths, their landscapes or their nightlife, these islands are a must during your holidays in the region. Take on the culture and gastronomy of the Cyclades during your next holiday. 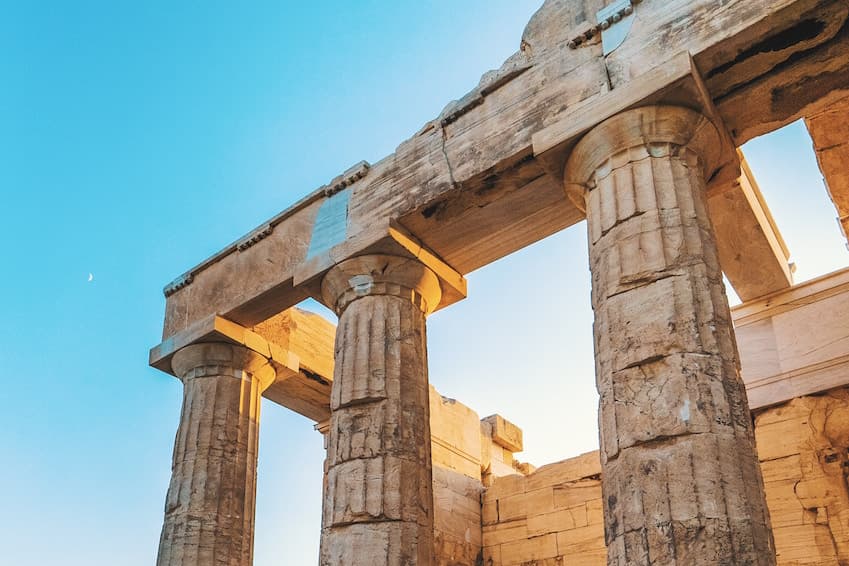 During prehistoric times, the island was populated by a so-called "Cycladic" population, which carved idols in stone, representing pregnant women, symbols of fertility.

Throughout antiquity, the islands were disputed by different regional authorities. Among them, the legendary King Minos, famous for being the son of Zeus and for being the one who gave birth to the Minotaur, but also the Persians or the Romans.

In the Middle Ages, conflicts to dominate the region continued: first with the Goths, then the region came under the domination of the Byzantine Empire, the Slavs, the Saracens, the Venetians...

In modern and contemporary times, the Cyclades were taken by the Turks but administered from afar. Finally, at the time of Greece's independence, the islands were attached to the country.

Discover all the remains of this history, which are truly essential, during your visit on site. 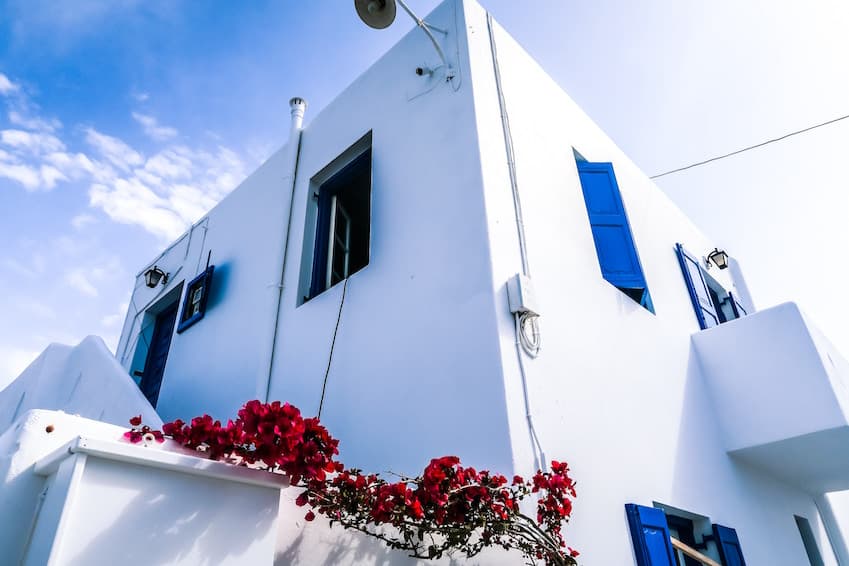 Mykonos is one of the most visited islands in the Cyclades and probably the most popular place to celebrate. In the capital, bars and clubs meet, where tourists meet after a day spent at the beach.

Very famous for its gay bars and clubs, the city is known to be LGBT-friendly: many places were built for this segment of the population in the 1970s, when it was harder to be accepted.

Chora, the island's main city, is known as "Little Venice" probably for its white houses, charming restaurants and small alleys where you can get lost. Stroll through the streets and discover the churches that populate the city: each has secrets to share with you.

About fifteen minutes by boat from Mykonos, is the island of Delos. Now uninhabited, it was a major cultural and commercial centre in ancient times. The only Cyclades site classified as a UNESCO World Heritage Site, legend has it that it is the birthplace of the gods Apollo and Artemis.

>>> Discover Mykonos in a luxury villa 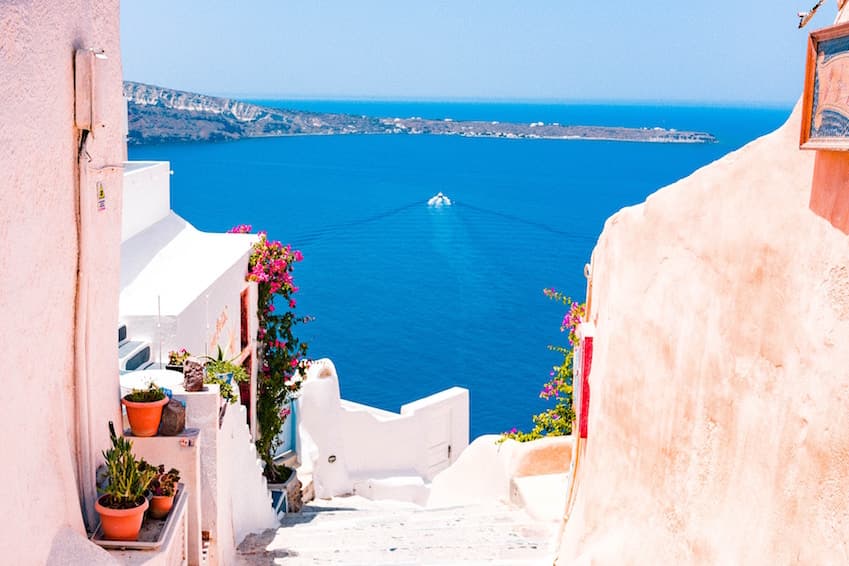 Santorini is the most visited and photographed island in the Cyclades, and it is understandable why. The city of Oia, built on the cliff, offers a charming setting for holidaymakers who have come to the region, between blue and white chapels and troglodyte houses.

Walk the streets and admire the blue ocean, which contrasts with the white of the buildings. From Oia, go down to the port of Ammoudi, on foot or on the back of a donkey and enjoy the scenery of a typical and authentic Greek port.

On the island, you will find white, black or red sandy beaches from its volcanic past. In addition, the island is in the shape of a C, which allows you to admire it from one point to another. To do this, put on good shoes and walk along the path of the Volcanic Walk (about 3 hours) between Fira and Oia, on the Caldera line.

The island is a perfect destination for a romantic getaway or to introduce your children to the region.

>>> Set off on a journey to Santorini's dream landscapes 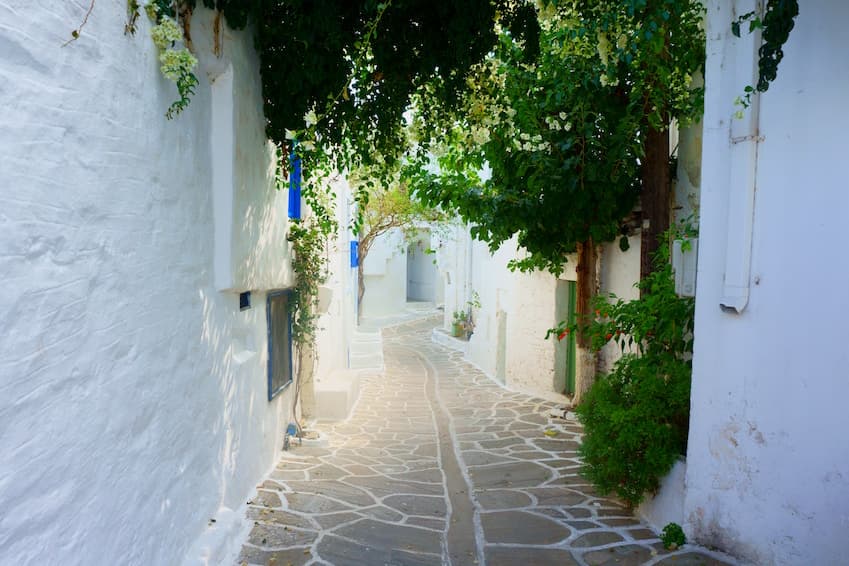 Less touristic than its two older sisters Mykonos and Santorini, Paros is closer to the image we have of the typical Greek island, with very pleasant beaches and many water sports spots. Its hinterland is nevertheless very friendly.

The seaside resorts of Parikia and Naousa are pleasant, but the most charming is their old town. Stroll through the streets, you will cross paths with charming squares, some churches where ancient idols are exhibited.

Paros is also famous for its beaches: there is something for everyone! Gay beach, surfing, partying... All you have to do is choose what you want.

A must see: the Moni Agia Theodora monastery, which offers a panoramic view of the island and the Aegean Sea that surrounds it. 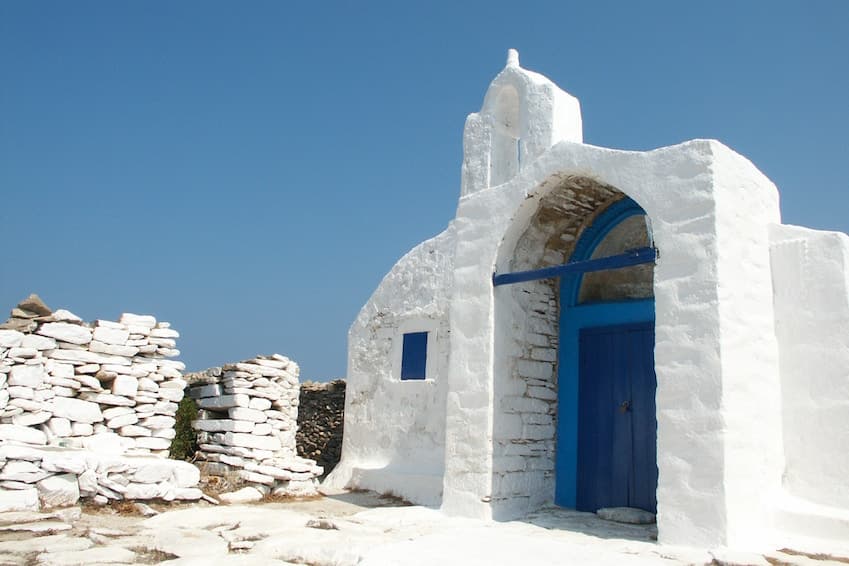 The most easterly of all the Cycladic islands, Amorgos is the link between the archipelago and the Dodecanese islands. It is a volcanic island still wild and famous for its authenticity and its many coves, decoration of the Big Blue.

Visit the port of Katapola, which actually consists of 3 villages, where you can see what a typical Greek port is like. Kato Meria is the southern part of the island and the agricultural zone of the island: the Greek villages are bathed in an atmosphere of calm and authenticity where it is pleasant to walk.

Hiking enthusiasts, the island will satisfy you: Amorgos is considered one of the best hiking destinations in the region with Crete. Indeed, the island is criss-crossed by hiking trails.

The Moni Hozoviotissa monastery is an essential part of the island and is perched on a cliff above the sea. The white of its walls contrasts with the brown of the cliffs and the blue of the sea, and the beach of Agia Anna at its feet served as a setting for the Big Blue. 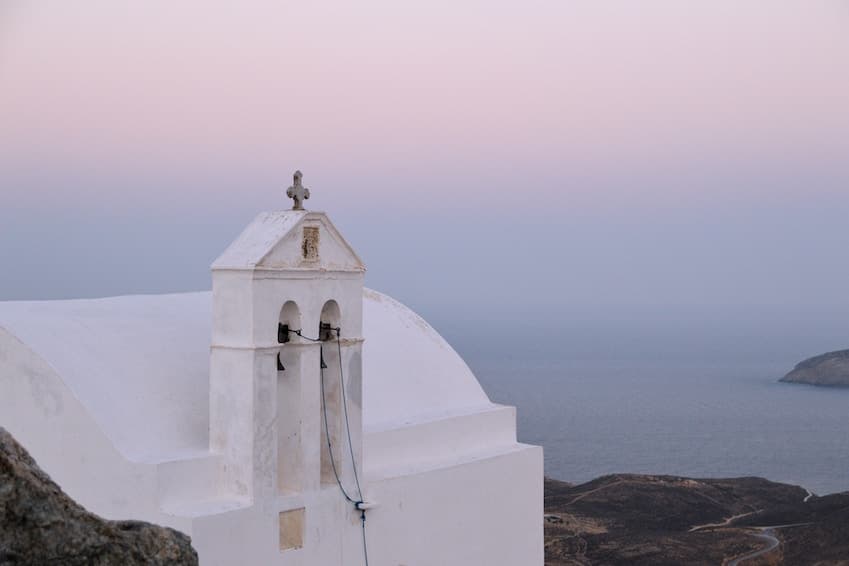 Legends about the Cyclades

The Cyclades, like Greece, are territories where myths and legends have flourished for thousands of years. Here are some of them:

According to ancient belief, it was Poseidon who brought the Cyclades from the foam with a trident blow. For others, the islands are the remains of the mythical projectiles that the gods and titans sent to each other during their battle.

In addition, the Aegean Sea is named after Theseus' father, the hero of Greek mythology, who jumped into the water thinking that his son had been killed by the Minotaur.


>>> Rent a luxury house in the Cyclades