Discover our villas
Home »
The magazine »
Winter 2019: 6 stunning carnivals not to be missed

Winter 2019: 6 stunning carnivals not to be missed

Filled with music, resulting from an incomparable atmosphere, bringing together people from diverse backgrounds, and with ever more surprising disguises, carnivals are ideal to bring you warmth and color during your winter.
If you were wondering where to go in February, we give you some ideas. 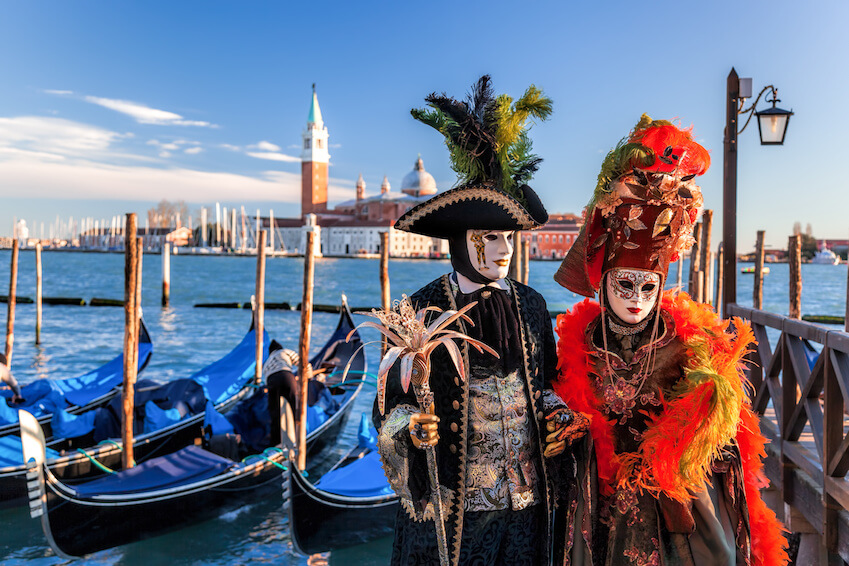 Not surprisingly, in this top 6 we find the famous Carnival of Venice which has kept its prestigious title since its creation, under the Renaissance. Its unparalleled elegance, meticulously crafted masks, and exuberant disguises have left the minds for centuries and made it one of the most beautiful shows in the world, which thousands of people travel each year for. The atmosphere that prevails for 10 days in the beautiful city of Venice is unmatched: gondolas parading and balls every night, it is a real festival of music and colors found in the streets. Do not miss the meeting point on St. Mark's Square for a trip to the time of authentic Renaissance celebrations.

The carnival of Nazaré marks 9 days of festivities in Portugal. One day before D-Day, as a warm up, a parade scrolls to present the traditional costumes. Costumes are indeed an important business: the locals wear the traditional outfits, and the musicians dress all under the same theme that changes every day. As for tourists, they are free to wear the disguise of their choice, provided they have fun! Concerning the program, parades, dance shows, music, laughs and good humor are in the spotlight! Finally, to end this joyful event, a bonfire takes place on the beach, where the magic of tradition is at its height.

>>> Our villas in Portugal

Another world famous carnival in Spain is the Canary Islands. Celebrated on all the archipelagos, that of Santa Cruz de Tenerife is the most coveted. The event kept its traditional practices at the origin of its prestige. As inevitable example, we find the election of the Queen of Carnival marking the beginning of the festivities. More precisely, the Queen in question wears an imposing costume consisting of a structure from which emanates a decoration adorned with glitter, colors, feathers and other surprising materials. This is definitely worth the detour, since this beginning of the carnival brings together, each year, thousands of tourists from all over the world. The closure also demonstrates another custom of the island. This funny tradition is called "The burial of the sardine", and consists of a parade of funeral processions which the members pretend to be sad by amplifying their dejection in a ridiculous and comical way. In short, this carnival is an opportunity to celebrate joy in any situation and to know how to laugh at the most tragic ones. 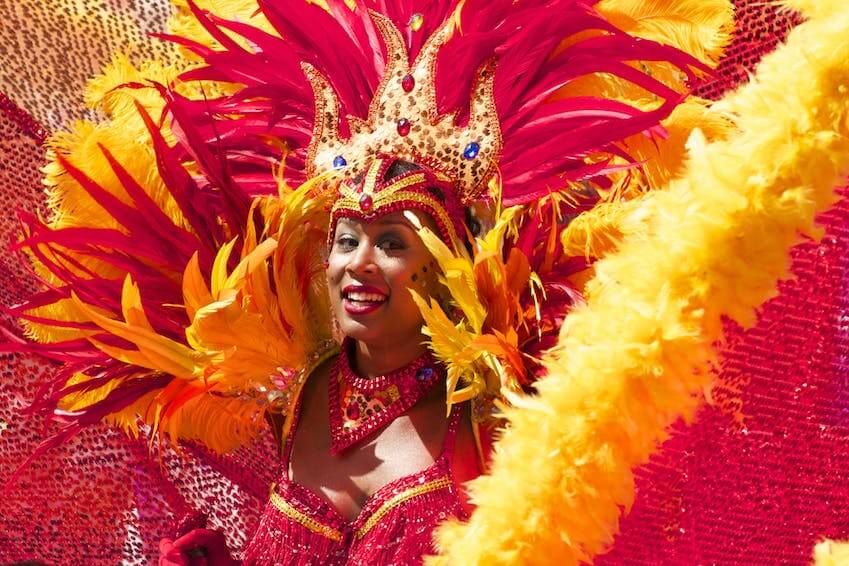 Samba! Like Venice, the famous Rio Carnival is one of the world's best known. Completely disproportionate, crazy, colorful, it is a source of celebrations that last in the streets all night long. The least we can say is that the event is particularly expected by all its visitors who begin the festivities until three weeks before the carnival itself. The most coveted moment by the millions of visitors is, of course, the samba parade with a show that is out of the ordinary: dancing waves on rhythmic music, daring costumes of large multicolored feathers, sequins and confetti falling from the sky, and an indescribable joy emanating from a lively crowd!

On the pleasant Promenade des Anglais, on the seafront and with a delicious climate, parades float from the Middle Ages adorned with the most beautiful floral compositions and models dressed under the theme of the year. Every year, the event brings together over 1000 musicians and dancers from around the world. It's a festival rich in colors, in atmosphere and in music! Do not miss the inevitable rain of colorful petals of the "Battle of the flowers", or the big fireworks that marks the end of this incredible event. This year, the Carnival is based on the theme of "King of Cinema" where the city of Nice will celebrate the 100 years of the French studios of Victorine. It is a magical and authentic atmosphere that awaits you!

The Carnival of Cadiz has been proclaimed as an international tourist attraction, since every year, the population of the city multiplies considerably, and it is totally comprehensive: the Andalusian festive and joyful spirit is mainly emphasized through the parades. Walking in the city of Cadiz at the time of the Carnival is to see chirigotas and troops of music of cuartetos, in every corner of the city. The event takes an equally allegorical and interesting turn as it marks a social and political criticism during its songs with polemical lyrics that are heard in the streets. In short, this carnival is synonymous with freedom and Spanish culture! It's a real multicultural experience waiting for you, where people from all over the world come together, disguise themselves and stroll in the city center. The whole city is simply mobilized!