Discover our villas
Home »
The magazine »
A weekend in Essaouira: what to see, what to do?

A weekend in Essaouira: what to see, what to do?

Essaouira...Even the name of the city transports us on an exotic journey. With its colourful stalls, souks and charming beaches, Essaouira is an essential city not to be missed during your trip to Morocco. This ancient fishing port is now a seaside resort that breathes the sweetness of life. Here, the white of the houses, the blue of the sky and the changing lights, sometimes golden sometimes ochre, blend harmoniously. Poetic, Essaouira is undoubtedly the authentic pearl of Morocco where the charm remains, with the cry of the seagulls and the trade winds in the background. Ideal for a weekend, Essaouira is full of activities of all kinds that combine relaxation and escape. 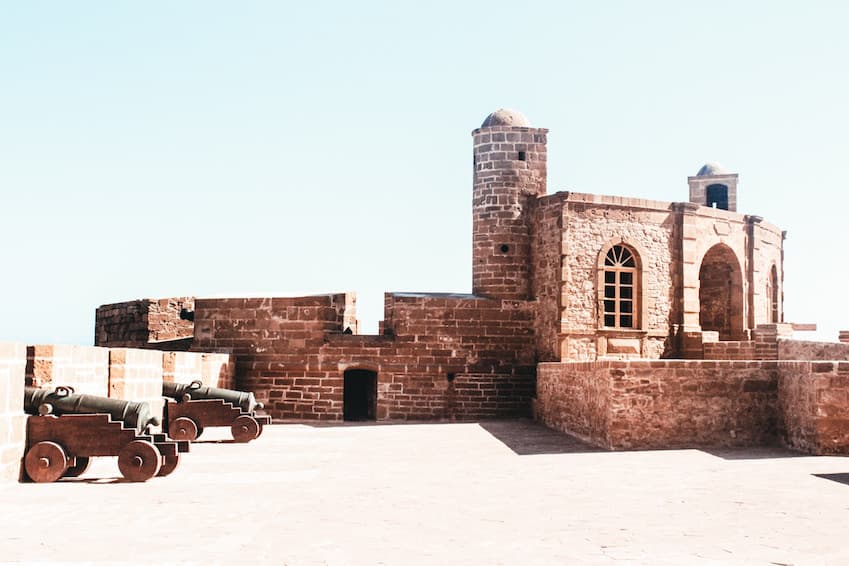 The architectural wonders of Essaouira: from the medina to the mosques

Much more than just a port city, Essaouira enchants with its singular architecture. Here is the famous medina, formerly known as Mogador. Listed as a UNESCO World Heritage Site, the medina of Essaouira was built between the 18th and 19th centuries by the Sultan Mohammed III of Morocco. It is considered today as one of the most picturesque medinas in Morocco, competing with the great medina of Marrakech. Come and enjoy the architectural and cultural wealth of Essaouira in this imposing and dazzling monument. You can then continue the walk to the Place Moulay Hassan esplanade, which is filled with restaurants and shops of all kinds.

Essaouira is also a religious city where there are many places of worship. Among them, do not miss the mosque of the Kasbah, also known as Sidi Mohammed Ben Abdellah mosque. It is the oldest mosque in the city. But it is probably the Sidi Ben Youssef mosque that will impress you the most. The largest mosque in Essaouira, this place of worship covers nearly 2,000 square metres and has a picturesque minaret of great beauty. But Essaouira is also the city where cultures and religions mix for the greater happiness of its visitors. Of an immaculate white, the church of Essaouira is a great testimony. This seaside resort is indeed the only Moroccan city to have a church whose bells still ring every Sunday at 10am to announce the beginning of the mass. A symbol of tolerance and peace, in Essaouira, all religions have coexisted for centuries now.

Continue your journey, then you will fall on the palace of the Sultan, also called Dar Sultan. Built near the coast, south of the city, the palace was furnished according to European influences and includes five pavilions. Even if today only ruins of this religious building remain, the detour is nevertheless worth it.

Finally, throughout your weekend in Essaouira, you will find that the city is full of huge doors. Located in the medina of the city, these doors come from various and varied influences. While some are Sherifian in style and have rounded doors, others are more European and have pedimented doors and fluted columns. These imposing doors are the symbol of cosmopolitanism but also of the historical and cultural heritage of this city of all possibilities. 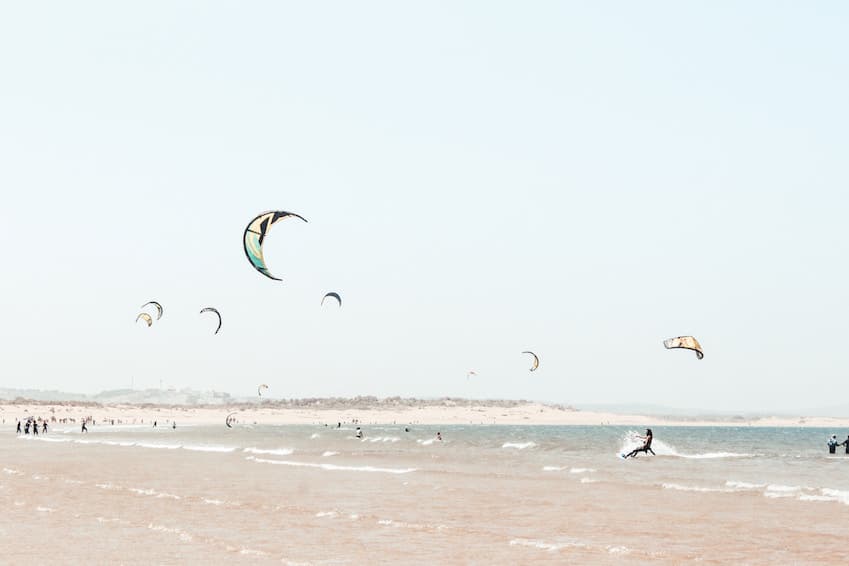 The port of Essaouira: beaches, watersports and all kinds of activities

It is from the Skala of Essaouira that you will be able to note the immensity of the city. This ancient fortress built in the eighteenth century is the symbol of Spanish and Portuguese domination of yesteryear. However, its immense ramparts, over 200 metres long, dominate the Atlantic Ocean. From here you can watch the waves land in the hollow of the rocky cliffs. Beaten by the trade winds, the site is ideal to admire fantastic views of the blue ocean, the city and its surroundings.

Moreover, a weekend in Essaouira cannot be complete without taking a tour of the beautiful beaches of this old fishing port. Generally well-maintained, the beaches of Essaouira enjoy a mild climate all year round even if, at times, the wind can be quite strong. We will first go to the beach of the city, peaceful and calm, which faces the Atlantic Ocean. With its fine sand, this beach offers superb views of the clear waters of the ocean. The windy climate lends itself perfectly to the practice of watersports such as surfing, kitesurfing or windsurfing. Let yourself be rocked by the waves while the sea breeze takes you, as an invitation to change and serenity. If you go to Essaouira with your family, we recommend taking a camel trip on the fine sand or taking the boat to the island of Mogador. The largest island of the Purpuraria, the island of Mogador is now a nature reserve with many seagulls and Eleonora’s Falcons.

South of the city, other beautiful beaches await you. Opposite the bay of Essaouira is the beach of Diabat, a large beach where the ruins of Borj el Baroud can be admired. Here you can also see the remains of the castle of Sultan Mohammed Ben Abdellah. Near the village of Diabat, the eponymous beach exudes a hippie and bohemian atmosphere where it is good to spend a few hours.

To access the other beaches, it will be necessary to take the mountain road towards Agadir. Be careful, these beaches are swept by strong winds but are therefore perfect for surfing or any other watersport. Among them, we recommend Cabo Sim, in the village of El Ghazoua. In the middle of the sand dunes, this spectacular beach transports you to the Saharan deserts.

Eyes lost in the blue of the Atlantic Ocean, Essaouira and its beaches breathe vital energy to allow you to rest for a weekend. Perfect for meditation, Essaouira charms with its mysticism and fine sands. 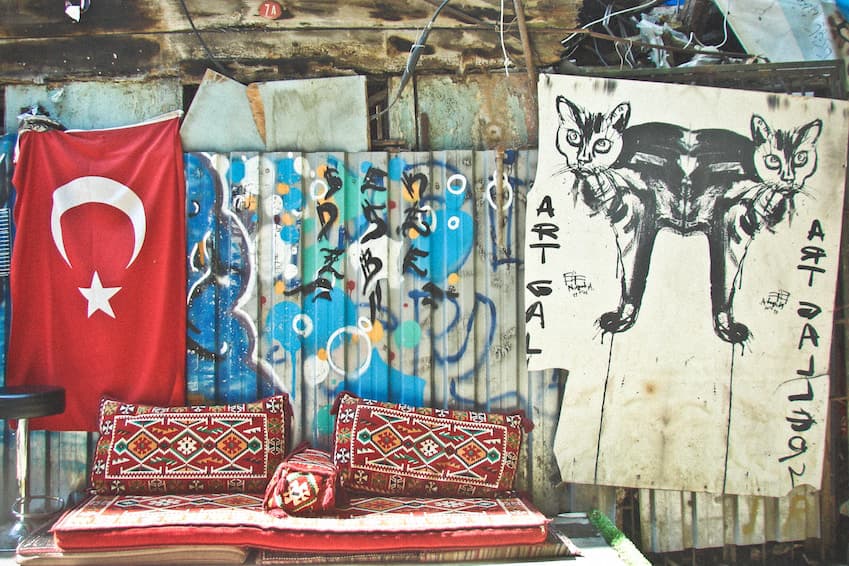 A weekend in Essaouira is also an opportunity to stroll through the many art galleries of this port city. A plethora of artists have indeed decided to put down their luggage in the mystical Essaouira. When you walk the city, you will probably come across artists who paint the lights of the city on white canvas. But it is in the art galleries that the splendours of Essaouira are really revealed.

Make a stop at Espace Othello, one of the oldest and most diverse art galleries in Essaouira. Contemporary or old paintings, calligraphy or sculptures...Espace Othello is a true ode to Moroccan art. Continue your artistic discovery in La Kasbah Gallery, in the heart of the city's medina. On several levels, this gallery houses both works of art and antiques. Permanent and temporary exhibitions allow you to admire the beauty of Essaouira's art. To discover the enigmatic Essaouira, head to Real Mogador, a former riad now converted into a cultural centre. Atypical, the Real Mogador offers a myriad of murals that pay tribute to all the artists of Essaouira. Among them, Saïd Ouarzaz is one of the most represented painters in this art gallery, since the centre offers a retrospective of his works. Finally, to bring back unique memories, stop in the sublime Elizir gallery shop. In the heart of the medina, this shop offers a plethora of colourful and quirky decorative objects. If Elizir looks like Ali Baba's cave, this unusual bazaar amazes visitors with its conviviality and curious objects. 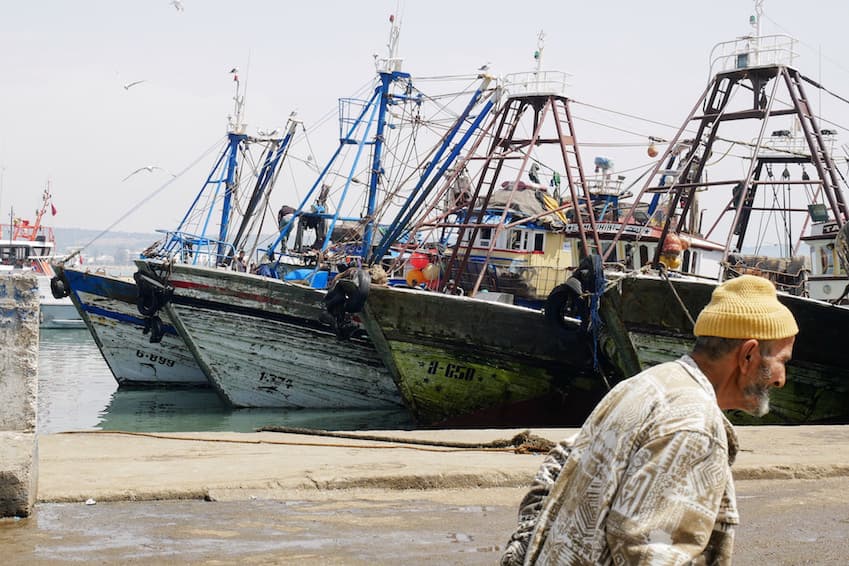 The arts of the table in Essaouira: gastronomy of the sea and other specialties

Orson Welles himself was already coming to Essaouira to enjoy sardine dishes. And you will soon understand why. It is also the famous Skala that we mentioned above that inspired the sets of the film Othello.

However, it is at the table that all the splendors of the port of Essaouira are revealed. In the afternoon, you can observe the moored boats and the nets filled with sardines, eels and other delights of the sea. You will then probably hear the fishermen auctioning their trophies of the day. Not far from the harbour you will find small open-air stalls offering fresh grilled fish with fries or traditional salads. This culinary experience will fully immerse you in the local culture. Not to be missed!

In addition to fish, restaurants in Essaouira offer a tempting seafood menu. But that's not all! Local products such as wines, herbs, spices and goat cheese are also the basis of many specialties. Contemporary or more traditional, the cuisine of Essaouira will delight your taste buds!